Whether we like it or not our children are born in to a 24-hour digital world. Most of us with young children were born in to a world dominated by conventional media, the likes of TV and Radio. We were introduced to the internet when we were at an age that we could tell the good from the bad.
Get in touch
JOIN OUR TRIAL 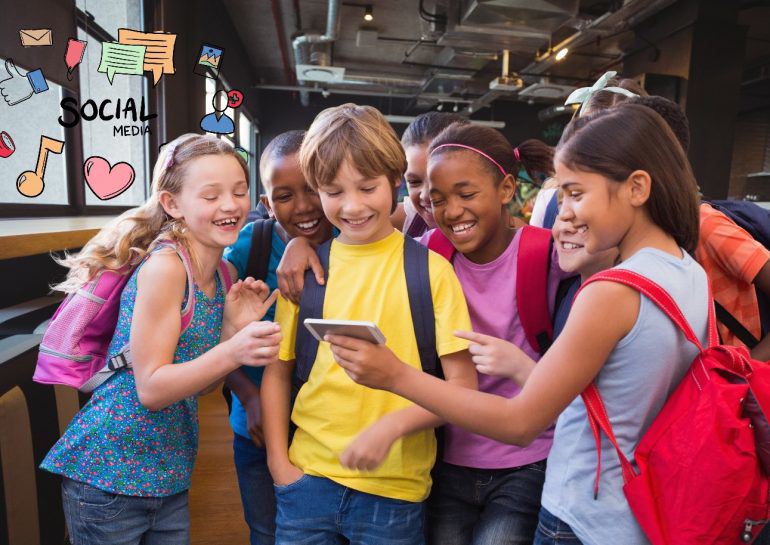 The social media landscape in the UK has dramatically changed in the last 2 years. YouTube has almost tripled its younger audience base whilst the others have also made significant in roads in to our children’s lives. Only Facebook has shown a decline in the numbers.

Ever wondered what social media are doing to our children’s wellbeing? Do they make bullying more likely, or could all those hours spent staring at screens actually be a force for good?

In March 2018, The Independent published an article stating that headteachers have warned that social media sites are damaging children’s mental health. NHS published figures in 2018 states that almost 400,000 children & young people a year in England are being treated for mental health problems. In 2017, Childline reported that over 175,000 children who called the Childline did not get through! In that year, they have only managed to conduct just over 12,000 counselling sessions with young people.

Schools have seen a rise in self-harm cases amongst young children because of social media use. Most headteachers who took part in the survey have said that they have received reports of students being exposed to upsetting material on social media sites, including self-harm bullying, hare speech and sexual content. These figures have been confirmed by the facts and statistics published by the NSPCC on their website. According to them, 1 in 4 children have experienced something upsetting on social media and around 1 in 8 young people have been bullied on social media.

This could be just the tip of the iceberg! Children often don’t tell anyone because they feel ashamed or guilty or may not know who to tell or may not realise, they are being abused.

It all sounds horrible, but we think that you will also agree with us when we say that social media definitely isn’t all bad – there’s plenty of evidence that it can benefit mental health too and can offer vital support to children’s learning and social development.

There are solutions to protect children online but there is a big gap. It is time to empower parents and give them practical tools to take control of their children’s online safety.